For all press related questions, please contact Jennifer at marsyslawfl@coremessage.com or 850-222-3767 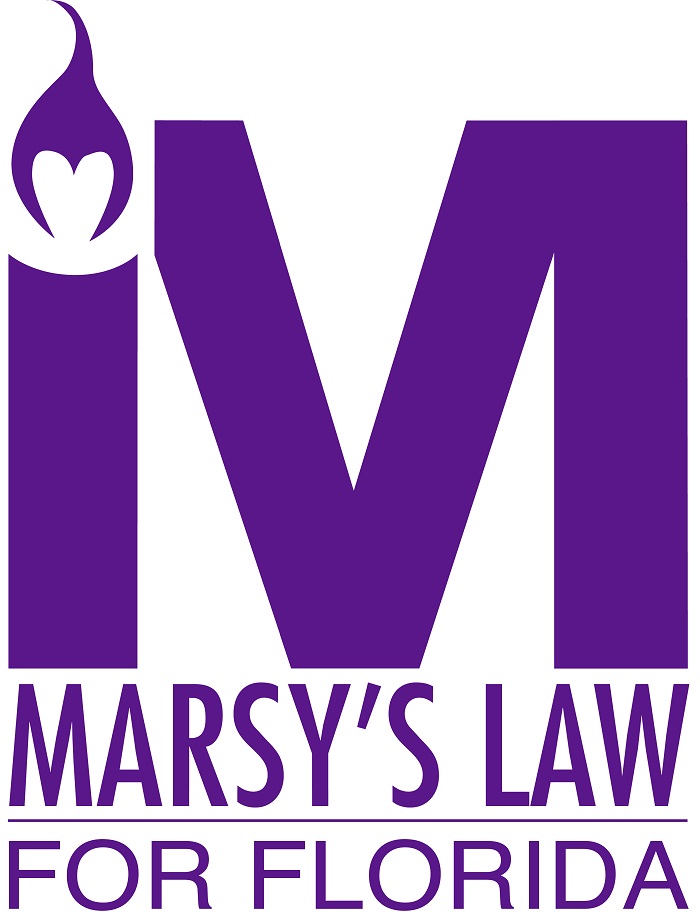 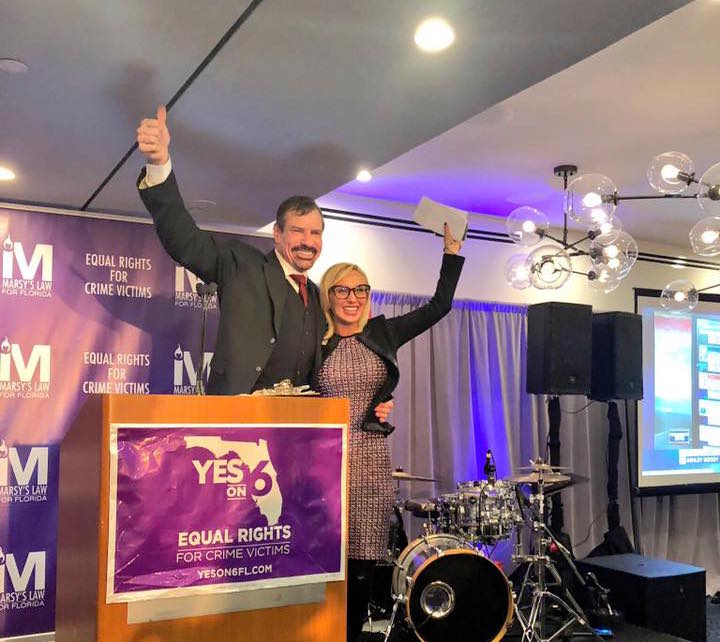 FT. LAUDERDALE – Supporters of Amendment 6/Marsy’s Law for Florida, including crime victims, victim advocates and elected officials, cheered at an Election Night party in Ft. Lauderdale as Amendment 6 passed by more than 60 percent of Florida voters. With the passage of Amendment 6/Marsy’s Law for Florida, clear, enforceable crime victims’ rights and protections will be placed in the Florida Constitution. This new, specific set of rights will replace a 30-year-old, single sentence pertaining to crime victims’ rights that previously existed in the state constitution.

EDITOR’S NOTE: The following letter was authored by Michelle Liles, daughter of Debbie Liles who was found brutally beaten and murdered in her Jacksonville home in March 2017. Her father, Michael Liles, was the executive director of the Justice Coalition, a Jacksonville nonprofit victims’ services center. Already a victim advocate before Debbie’s tragic death, Michael channeled his grief and heartbreak into his quest to find justice for Debbie and his fierce advocacy of Amendment 6/Marsy’s Law for Florida. Several weeks ago, Michael unexpectedly passed away.

When my Dad died suddenly a couple weeks ago, there were a few people bold enough to ask: “Do you think after the heartache of losing your mom the way he did, it finally got to be too much for him? Do you think he might have ended his own life?”

Well, there are many questions I don’t have an answer for, such as:

I’ll stop at fifty-two questions. I could go on, but I want to get back to the only question I can answer, the very first one. It’s also the only question with an easy answer. After such devastating loss, did my dad end his own life? Hell no.

My father and, incidentally, my husband both shared a passion for life that a melancholic soul like me finds unbelievable. I wouldn’t have blamed him for wanting an end to so much pain. I sure as hell get tired of waking up devastated every damn day. But my dad wasn’t like me. My mom and I often joked that we both knew if there was only one neuron left firing in either Dad or my husband’s brains, we both knew they would want the plug fully in the socket. Don’t even think about pulling it. You hang onto life with everything you’ve got.

Five months after my mom’s murder, I developed a precancerous lesion on my pancreas. The way it was discovered was a painful attack of acute pancreatitis. I was at Shands Hospital in horrible pain, bitter, and grieving. Dad showed up with cinnamon chews (an old tradition between us) and sat by my hospital bed. First we ate cinnamon chews, then we talked. I can still hear that gravelly voice saying, “Michelle, I wouldn’t trade my life with anybody. Being married to your mom was the best thing that ever happened to me.” He meant it. He was still thankful and grateful for his life. He planned to fight for justice for mom and all the other people that had come into his path. He was passionate about seeing Marsy’s Law passed. In the last few weeks, it was the only thing he came close to talking about as much as my mom.

No, he didn’t take his life. All the pain in his life finally took him. I told him on his birthday about a month ago that he had a heart of gold. He really did. But I guess even the biggest heart of gold can break if it takes too many hard blows. As to my last question: what do I do now? I guess I’m going to try and answer the first fifty-one questions. My parents deserve that. I only hope my heart can handle the answers.